Creator, dancer and teacher commited to her sector: dance, therefore to the body, since this is a space for encounters, empowerment and transformation. Her work is focused in creation and in understanding the logics that build this especific areas: knowledge and action. This decision has made her to have considerations concerning production, training and circulation in dance creations. Since 2000, she creates pieces by herself and in collaboration with local and international artists. No tan solo (2006); Maravillosa (2007); Titan (2008); Periférico / proyecto tango (2010); Acciones afectivas (2011); Vacío (2013); Variación (2013), NiJe (2014), FUÄ (2015). She has been invited to share her work in international festivals and referent places for the contemporary art in Argentina, Brasil, Cuba, Bolivia, Colombia, Chile, Paraguay, Perú, México, Ecuador, Venezuela, Spain, France and Germany. In the past years she has coordinated workshops and projects related with dance creation in diferent fields and cities: spaces that are dedicated to reflection and experimentation in creation processes.

Director of Periférico Dance Company since 2009, investigating the language of tango from a contemporary conception of body and movement. Invited to creation residencies in AZALA, San Sebastián, Spain; Festival Panorama of Danza, Río de Janeiro, Brazil; Dance Festival of Lima, Perú; University of Caracas, Venezuela.  She made the montage of the piece Variación in collaboration with the Mexican Company of the BUAP. Selected by Uruguay to participate in the project Colaboratorio, meeting of creators of América and Europa, organized by Festival Panorama of Río de Janeiro. Invited to the Meetings of Coreographers of Danzalborde, Vaparaíso, Chile; Red Sudamericana de Danza in Bahía, Brasil and Lima, Perú;  and MOV-S., Cádiz, España. Awarded four times by the Competitive Fund for Culture of the Ministery of Education and Culture. Awarded by the Incentive Fund for Training and Artistic Creation of the Ministery of Education and Culture.

Co-director of the reference space for dancing in Uruguay, The Company (1998-2008). As a teacher, she promotes the experimentation and reflection on creating, coordinating workshops in Argentina, Brazil, Paraguay, Bolivia, Peru, Ecuador, Colombia, Mexico, Spain and France. In 2008, she designed and coordinated Los Entres del Movimiento for Platform Programme in the Ministry of Education and Culture, an analysis space where twenty local artists participated. Member of the committee responsible for developing the curriculum of the Bachelor of Dance within the University of the Republic (2010-2011). She serves as judge in national and international competitions. She received Fraternity Award for creators, by the B’nai B’rith Association. 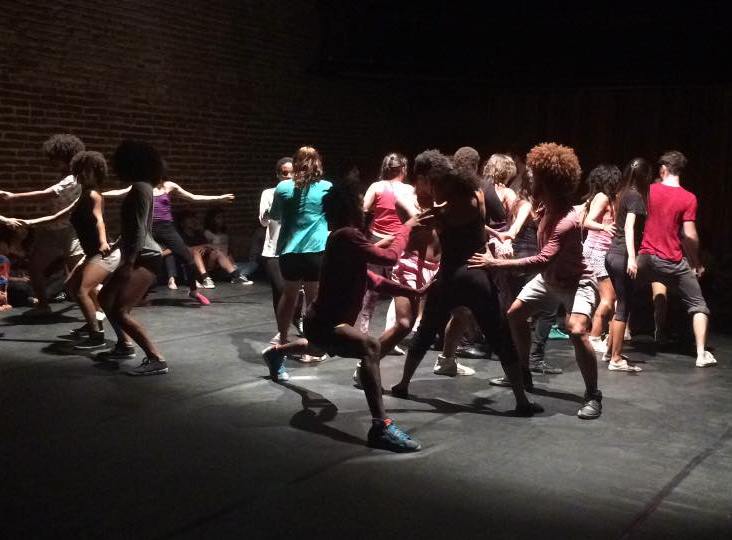